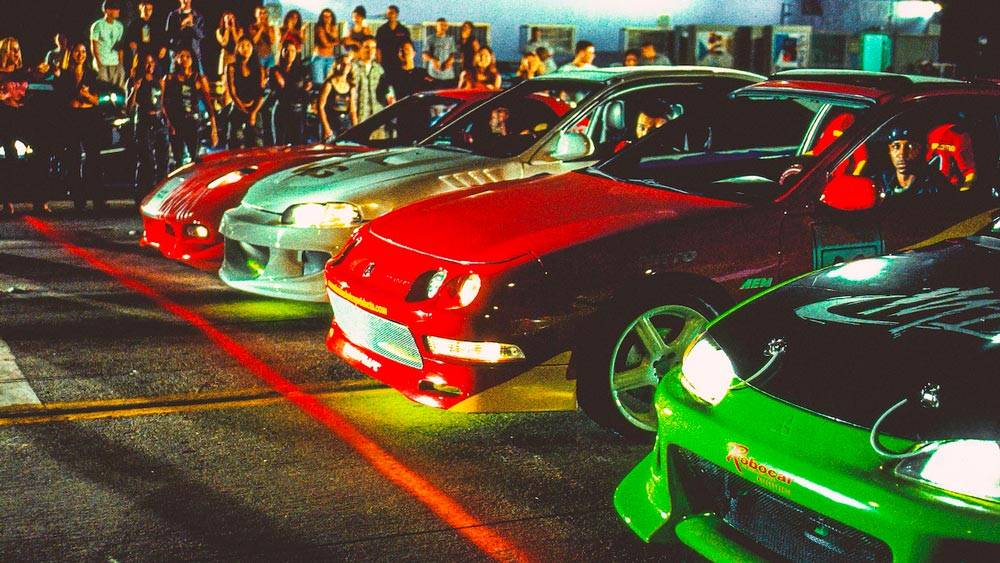 Under the Hood With Japan’s Illustrious Tuning Culture

Along its mission to engage with the many talents from its global network, One Block Down is proud to reveal its latest collaborative editorial with digital magazine Sabukaru. Based in Tokyo, Japan, we have connected with the ever-evolving platform to bring our audience closer to an endless catalogue of unique cultural learnings.

From customizing cars to haul moonshine and escape authorities back in prohibition-era America, all the way to the marvels of engineering seen in contemporary race cars,as long as there were vehicles, there would always be people out there to tune and modify them. Similar to the adoption of many other subcultures, Japan dives headfirst into something that has arguably started abroad, made it their own and completely took it to another level. With the country of the rising sun being home to some of the biggest and most prevalent car manufacturers, it is only natural that Japan is deeply embedded in the global car tuning scene.

Scroll down below to get under the hood of Japan’s illustrious tuning culture and learn more about how it grew to become the catalyst for a flourishing global scene. 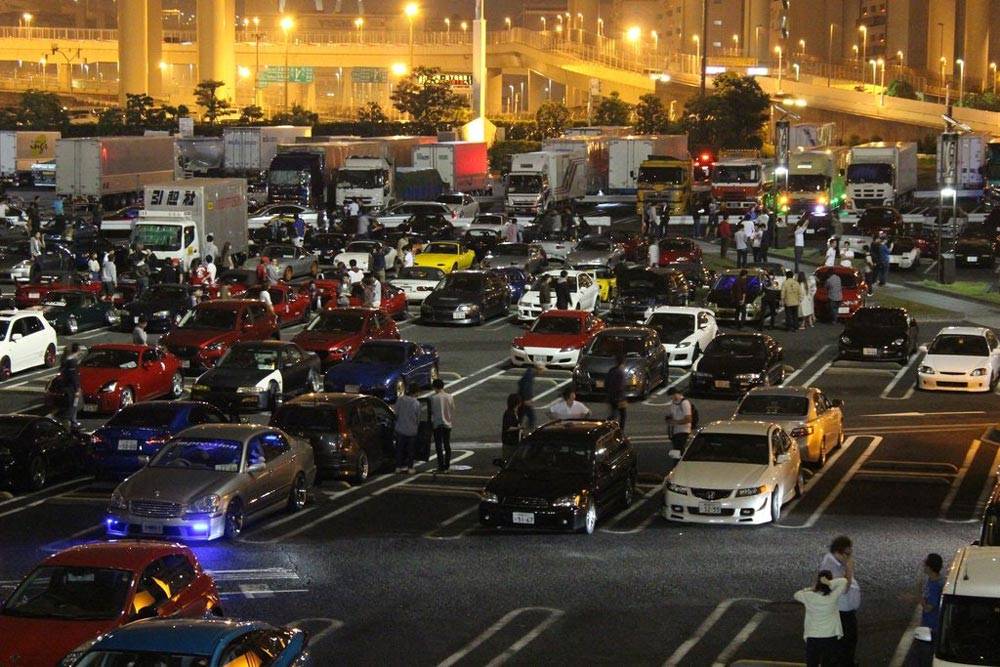 From works by industry heavyweights like RAUH-Welt Begriff’s (RWB) Akira Nakai and his armada of custom Porsche cars, to more niche sub-genres like the “Itasha” scene with its custom paint jobs and full-body vinyls gazetting popular anime characters, the car scene in Japan encompasses almost every genre and subculture of automobile there is.

What is also impressive is the amount of care that goes into ensuring each of these cars look and perform the best they can. This attention to detail presents the perfect time to acknowledge the people behind the shops as “Shokunin”. Shokunin can be described simply as a devoted craftsmen or artisans. However, there is much more to the term than simply describing one’s profession. Shokunin are those who devote all their time to their craft in order to earnestly pursue a new level or pedigree within their chosen pursuit.

Car tuning is essentially a form of craftsmanship that oftentimes requires both engineering precision and an end product that is aesthetically pleasing. In many ways, the work of the people behind these tuning shops and those who are truly passionate about the act of tuning cars embody the spirit of the Shokunin, as much as those who pursue more “traditional” crafts such as cooking or pottery. Before we get to this however, let's take a step back and shine a light on the humble beginnings of Japanese tuning culture. 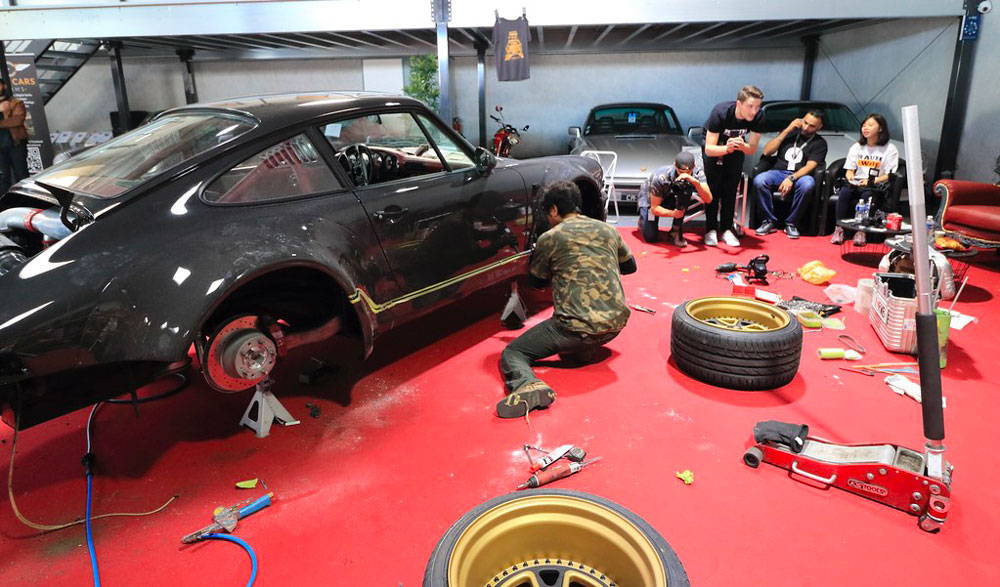 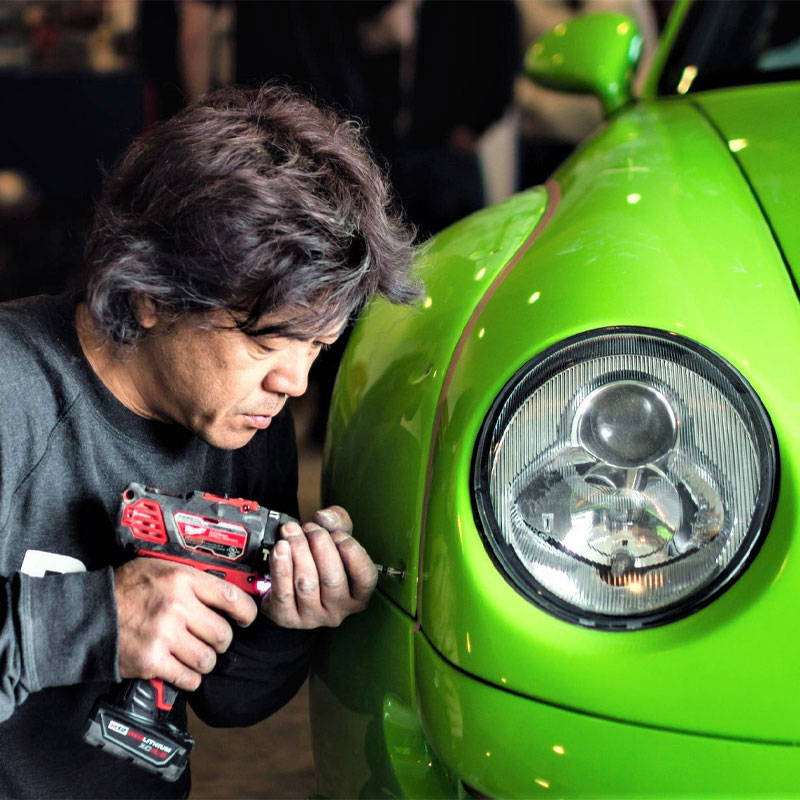 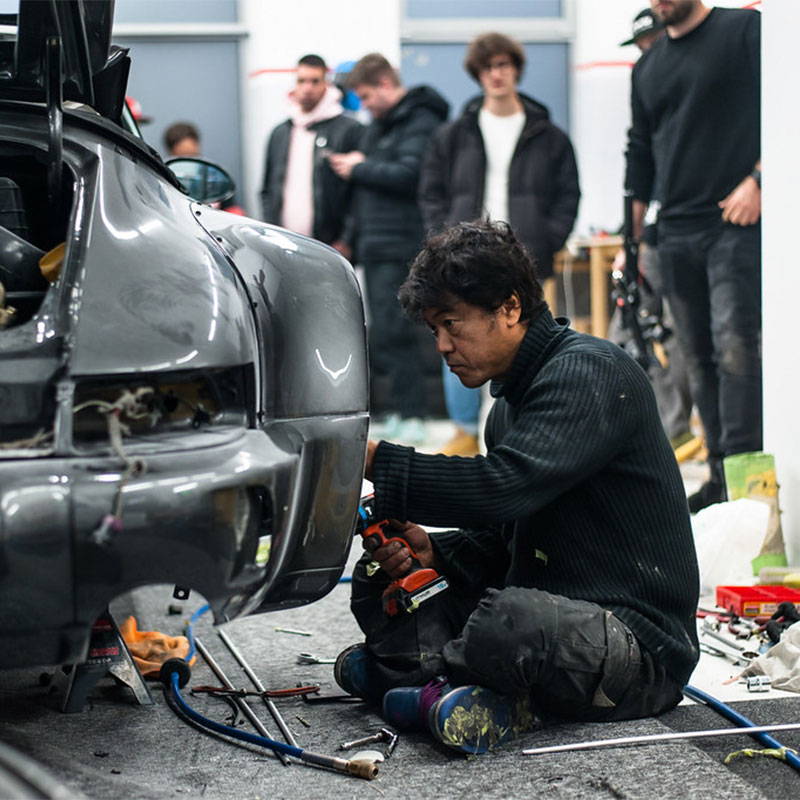 The Origins of Tuning in Japan

With a long and storied history in motor racing and a penchant for producing quality cars, the early days for tuning in Japan were primarily dominated by modifying cars for the purpose of motorsports. One of the earliest origins of Japanese tuning culture can be traced back to the 1960s in the form of the now-defunct Japan Touring Car Championship — a racing series that made use of production cars instead of purpose built race cars.The scene was first dominated by early iterations of the Nissan Skyline and the Mazda Savanna RX-3, both of which later evolved into the Skyline GTR (and its subsequent generations) as well as the RX-7 respectively.

However, it wasn’t until the ’80s that tuning culture in its rebellious nature really took off. Thanks to the combination of Japanese manufacturers releasing some impressive sports cars such as the Nissan Fairlady Z and Toyota MR-2 (often nicknamed the “Poor Man’s Ferrari”), the tech-bubble-era consumerism reaching unreal levels, and unaffordable entry fees for legally sanctioned race events, illegal street racing’s popularity took off. Especially high-speed challenges across Tokyo’s sprawling network of highways, whereby different crews would try and set speed records reaching over 300km/h, were amongst the most popular and thrilling categories of illegal street races.

In order to withstand these kinds of speeds, the cars had to be equipped with modded engines, brakes, and suspension kits. Chasing that adrenaline rush while seeing the Tokyo-cityscape pass by at 300 km/h or even more displays certain parallels to another subcultural movement that had its moment in ’80s Japan: Punk. Based on shared characteristics in the pursuit of loudness, speed, and a certain aggressive mentality paired with a DIY sensibility, both Punk and the tuning community were seeking to express individuality while subverting traditional conventions and undermining prevalent social norms. One of the key differences, however, lies in the fact that punk was known for its raw, unfinished feel while tuners prided themselves in a sense of perfectionism. 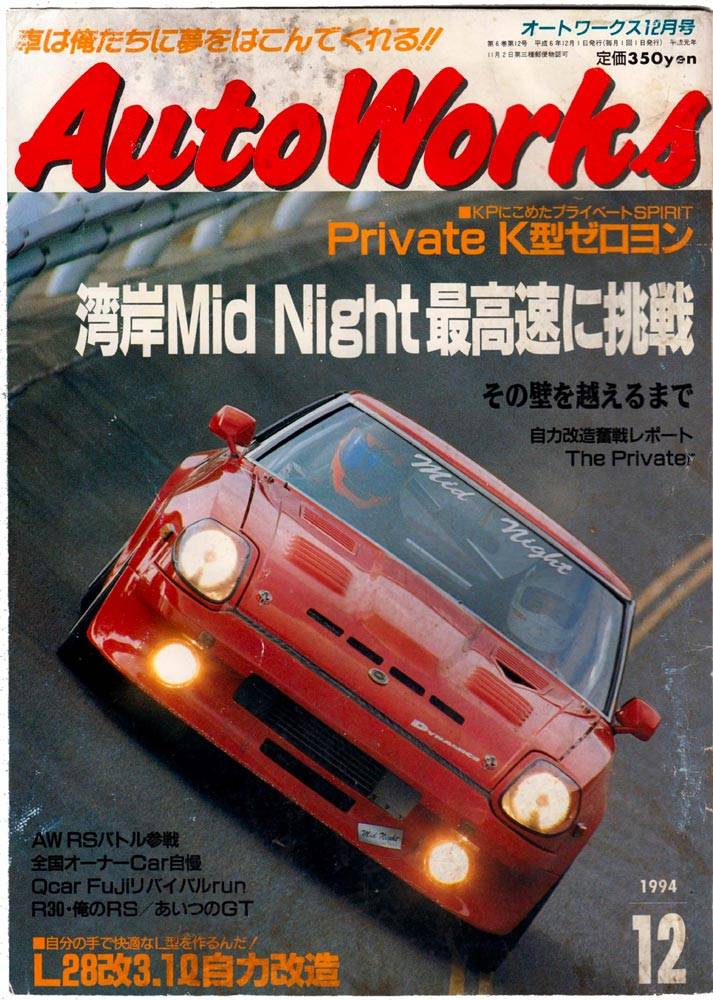 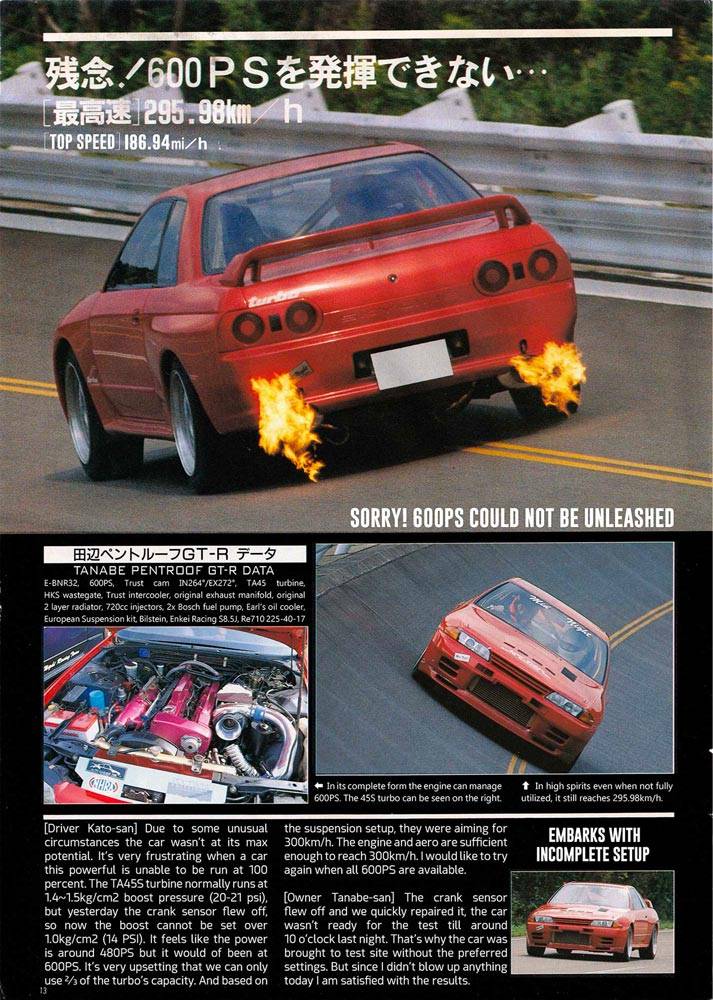 Moving on to another key moment in Japanese tuning history: The Japanese Domestic Market (JDM) tuning scene. Well-known for its golden ages spanning the ’80s to the early-2000s, this movement was the catalyst for an explosion in the tuning scene’s global popularity. For one, this can be attributed to an influx of relatively affordable (at least at the time) and extremely customizable Japanese sports cars such as the Toyota Supra, Honda S2000, and Nissan Silvia along with a steady supply of aftermarket parts. The arguably bigger reason lies in the fact that niche tuning culture began to cross paths with pop culture, most notably in the form of the beloved “Need for Speed Underground” series, or the first few ‘Fast and Furious’ movies. 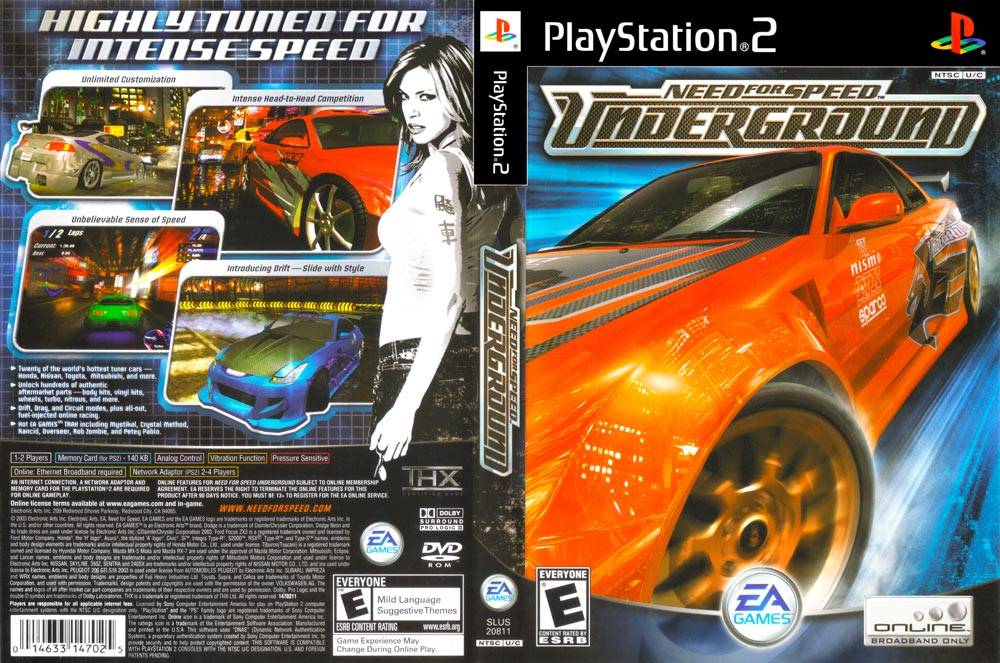 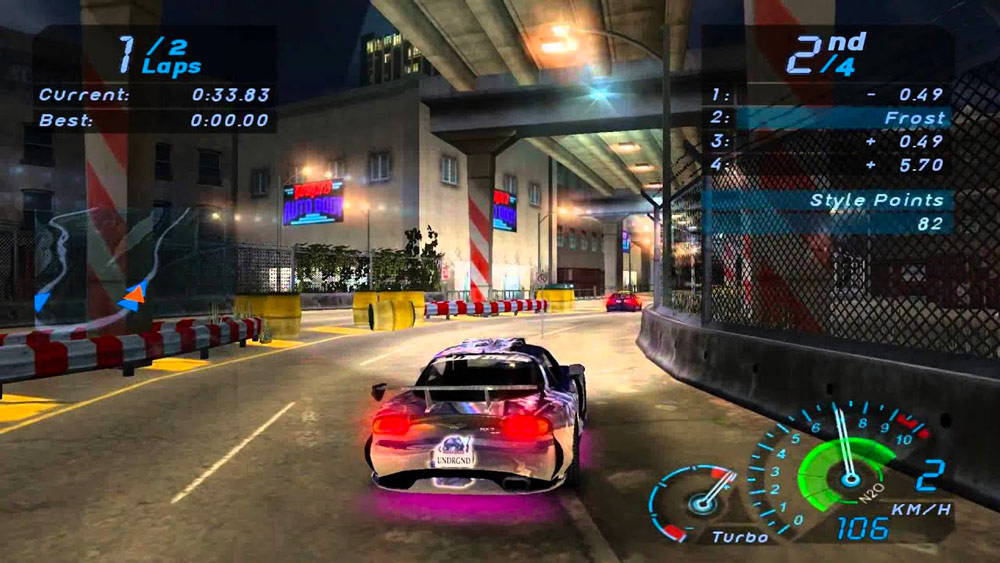 The Original "Need for Speed: Underground" from 2003.

As these pop culture icons broke one sales record after another, they also marked the scene’s breakthrough into mainstream discourse, especially with the then-adolescent crowd. Considering the countless customization features seen throughout the “Need for Speed” franchise, the beauty and appeal of modifying mass-produced cars was suddenly more accessible than ever before, leading to an uptick in interest for the subculture. At the same time, the early ‘Fast and Furious’ movies also provided a romanticized and easy-to-digest look into the scene from a Western perspective and despite it not being the most intellectual or sophisticated, it definitely had its own charm. Considering these two factors, it is not overly surprising that we’re currently witnessing nothing short of a renaissance within the custom car scene, keeping in mind that most then-adolescent gamers and movie-goers are now at an age where they can get their own hands dirty on real cars. 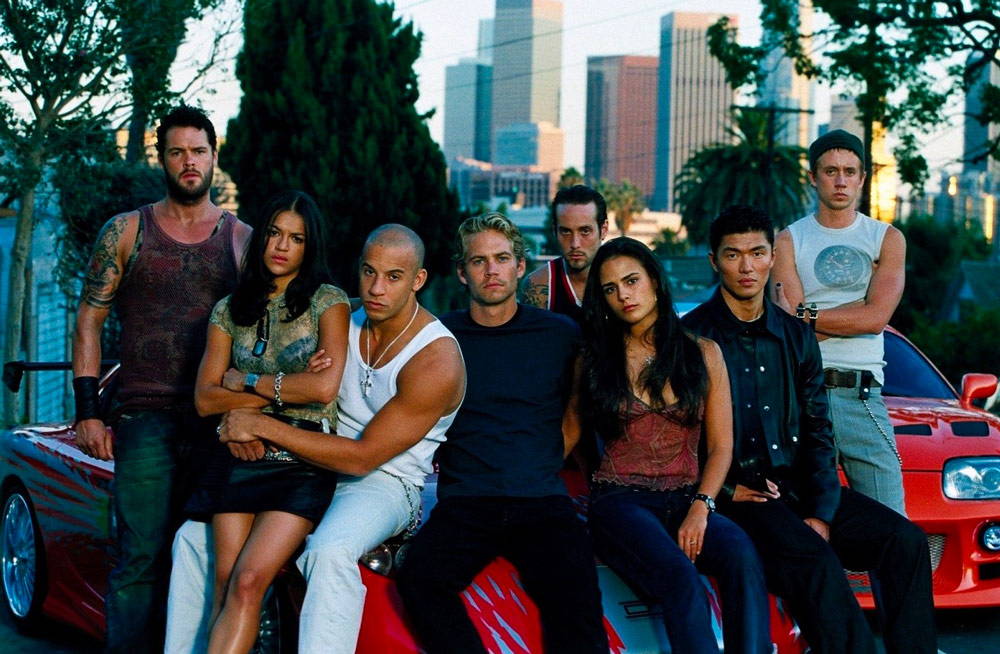 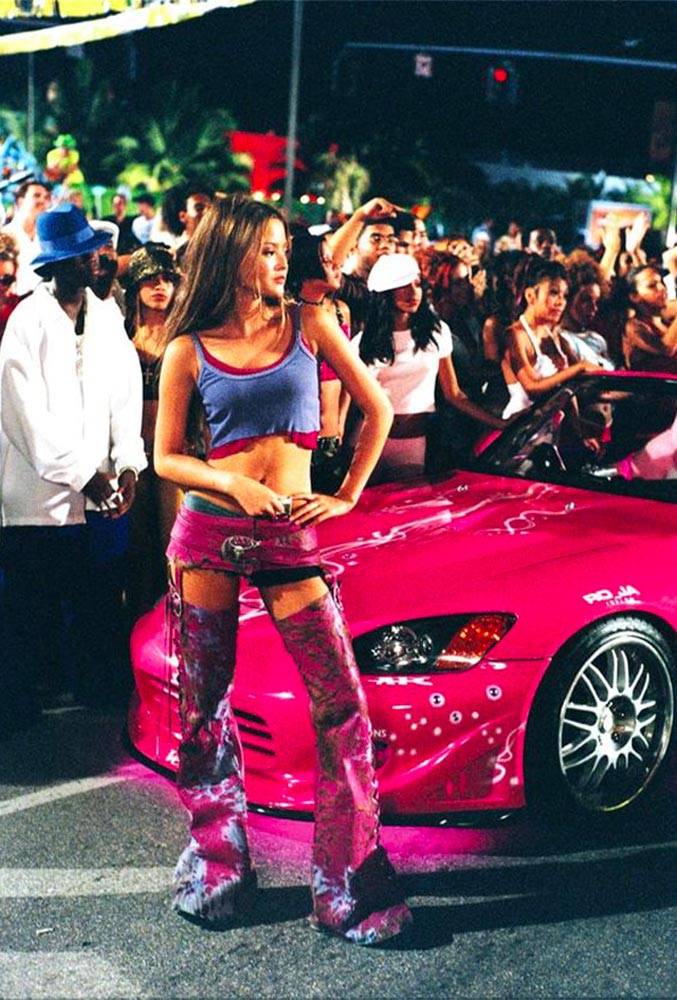 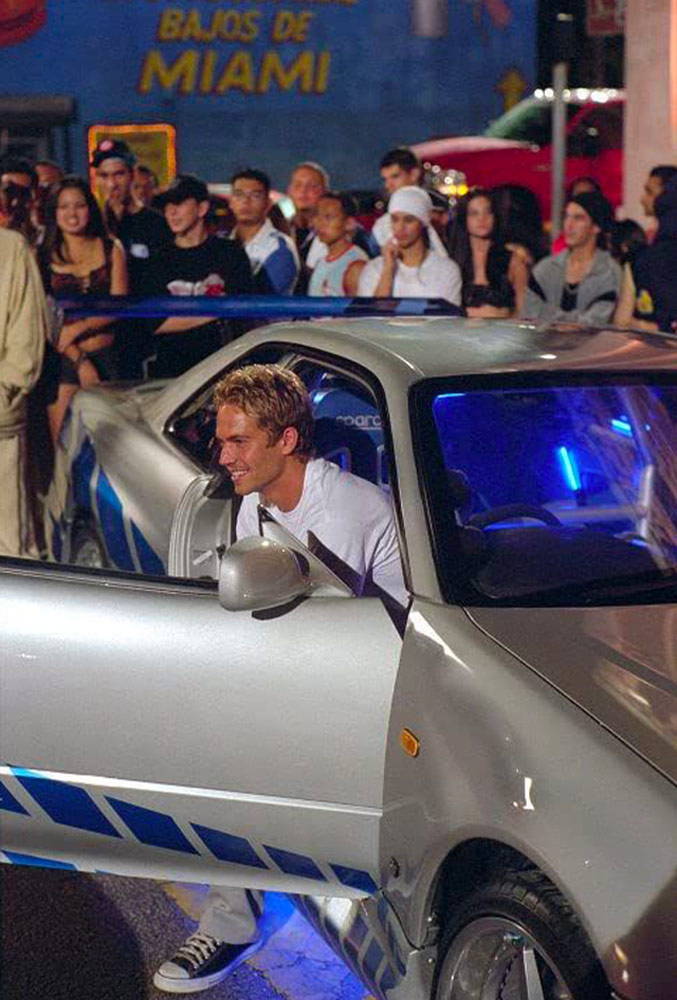 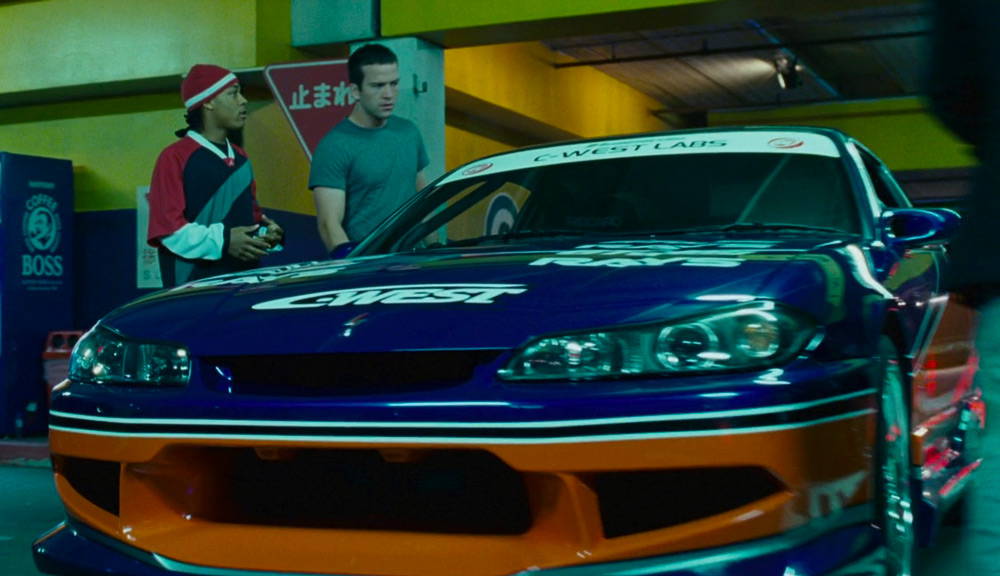 Coming back to the modern-day state of the culture surrounding car tuning in Japan, the scene is still very much active, with works from shops such as the aforementioned RWB in high demand domestically and internationally. Akira Nakai, the man behind RWB is famous for his wide-body Porsche’s and reputation for personally traveling the world to apply and custom-fit his body kits.

Nakai-san’s pursuit of perfectionism in restoring and tuning vintage Porsche cars perfectly embodies the Shokunin spirit towards craftsmanship that Japan is known for.Before he started his own shop, Nakai-san was heavily involved in the drift scene and has been active in the tuning scene for a very long time, further manifesting his legend status. Furthermore, tuners all around Japan come together to check out the latest and greatest at the incredibly popular annual car events that are conducted in a large-scale Tokyo Auto Salon, hosting up to a record-breaking 330,666 visitors back in 2019. While the inside area acts as a means for shops to advertise current and upcoming product lines and demo cars, the outside parking lot area is notoriously known for its “attendee-flex-area”, where visitors can show-off their own creations.

Aside from these large events, there are also much more niche events usually catering to a certain subculture within car tuning like drifting or car meets for specific car models and manufacturers, like Porsche’s or Toyota’s Legendary AE86 for example. 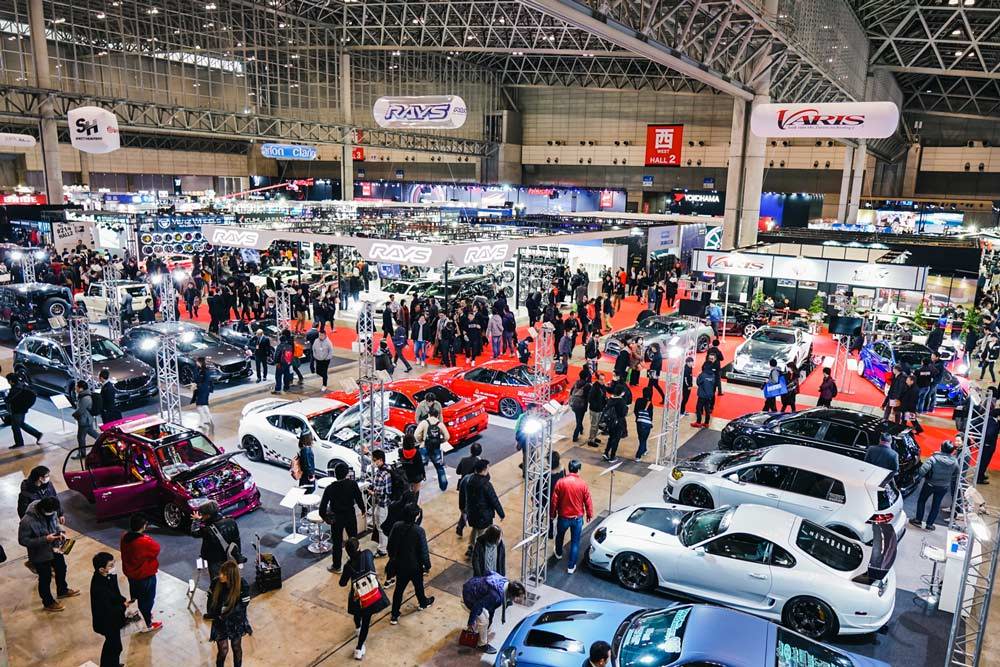 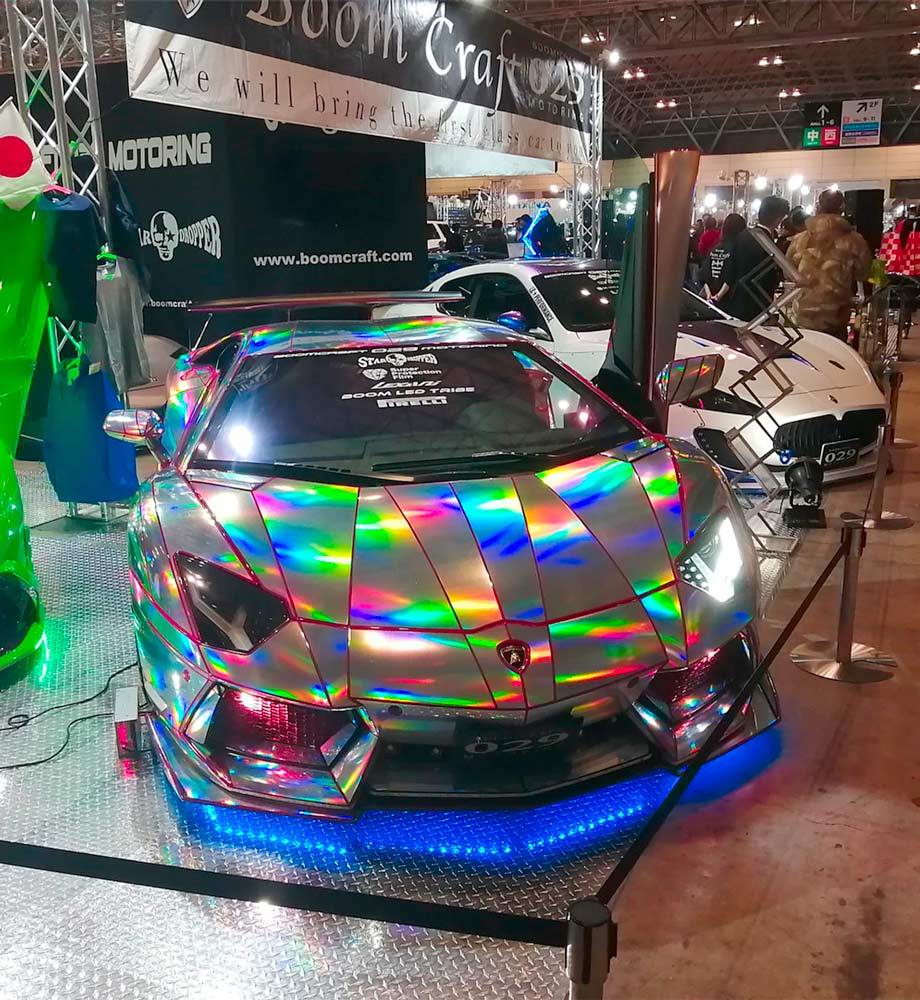 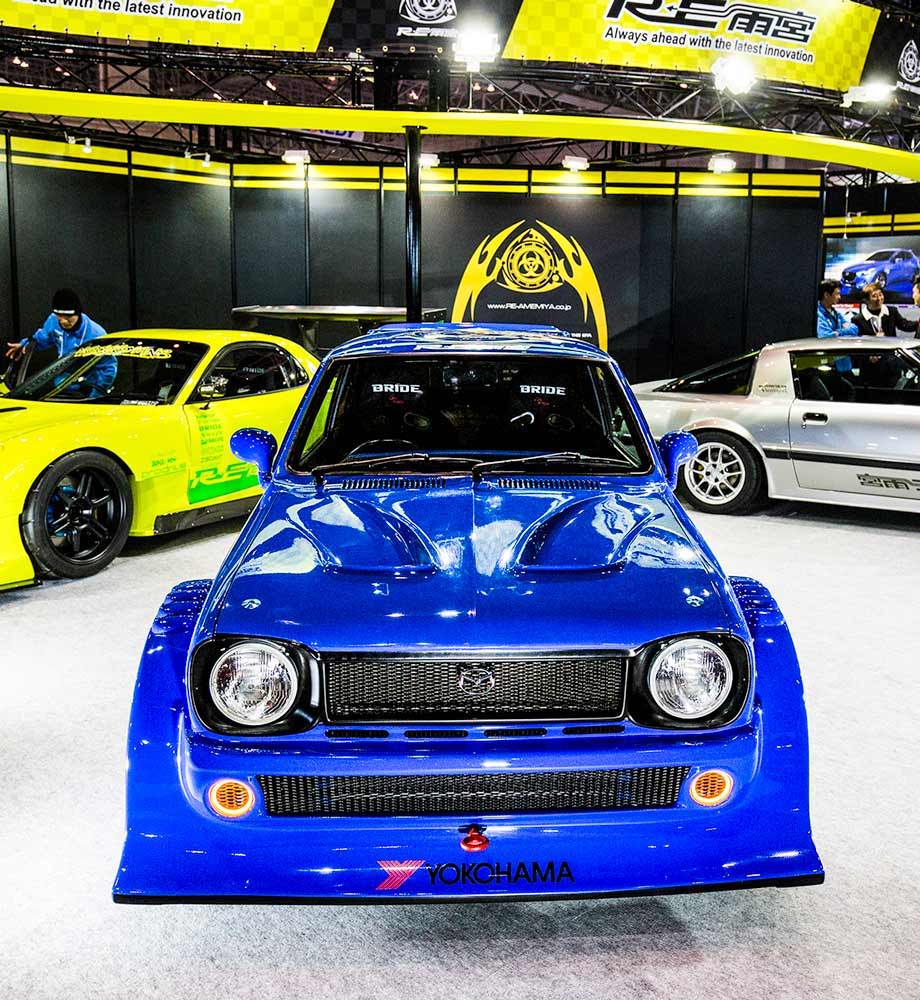 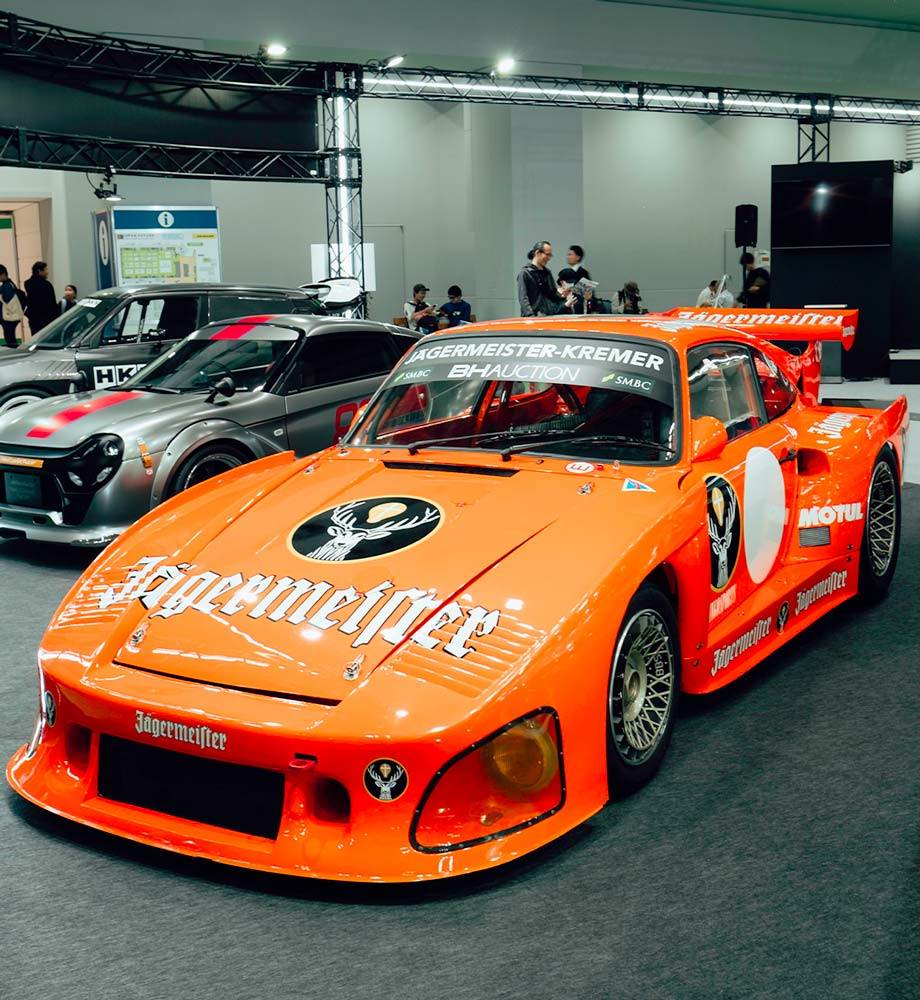 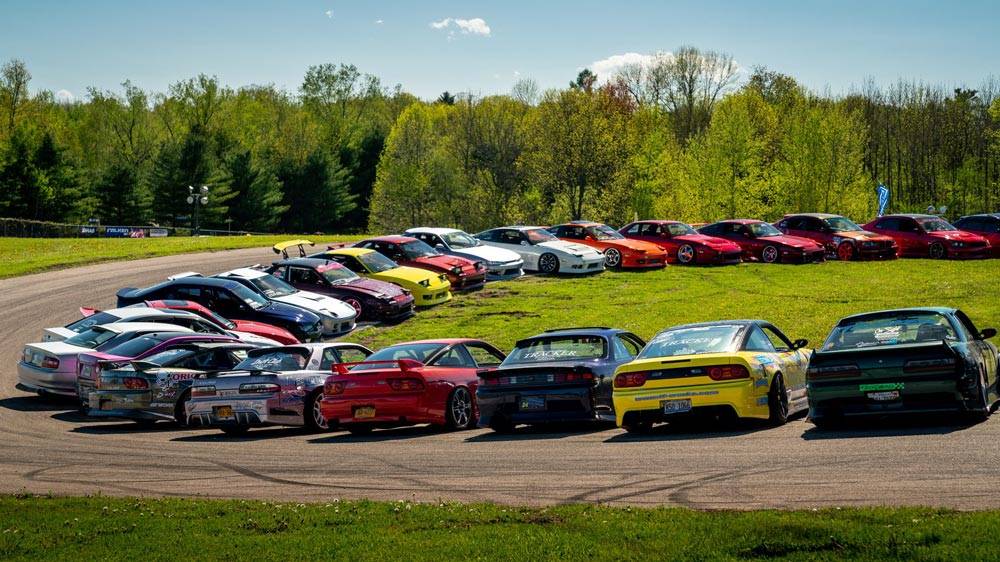 Despite global popularity for custom cars rising again, it is still not quite at the same level it once was back in the early-2000s. A contemporary example of a global event is the US-based Final Bout, a drift event aimed at grassroots teams and drivers who are very much inspired by the early Japanese drift scene. Recently, there also seems to be a resurgence in interest towards vintage cars with the growth in popularity of Instagram pages like @carchived which posts mostly vintage, moodboard-worthy sports cars. The page also showcases Frank Ocean’s customized E30 M3 or Tyler, The Creator’s Lancia Delta Integrale along with his collection of classic rally cars, both of which show a much more subtle and refined approach to car tuning. Another entry point into the world of vintage and custom cars is the increasing crossover with fashion through accounts such as L’Art de L’Automobile and Japan’s very own Car Service, both of which maintain a very well-curated selection of cars in their Instagram feed. 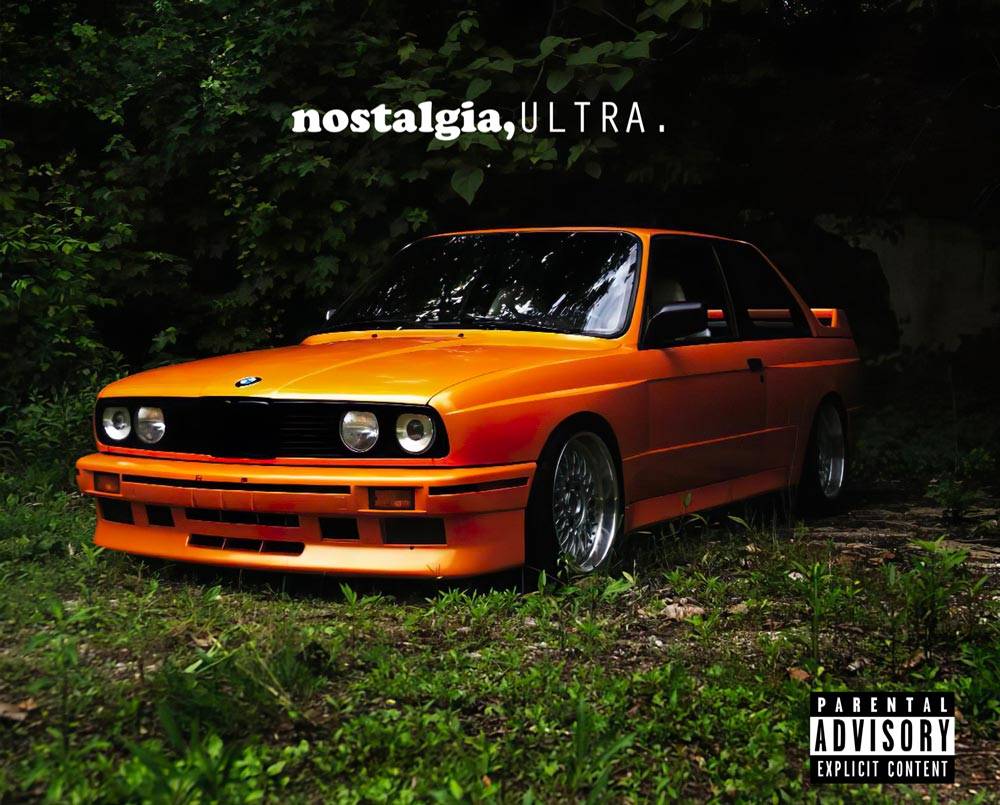 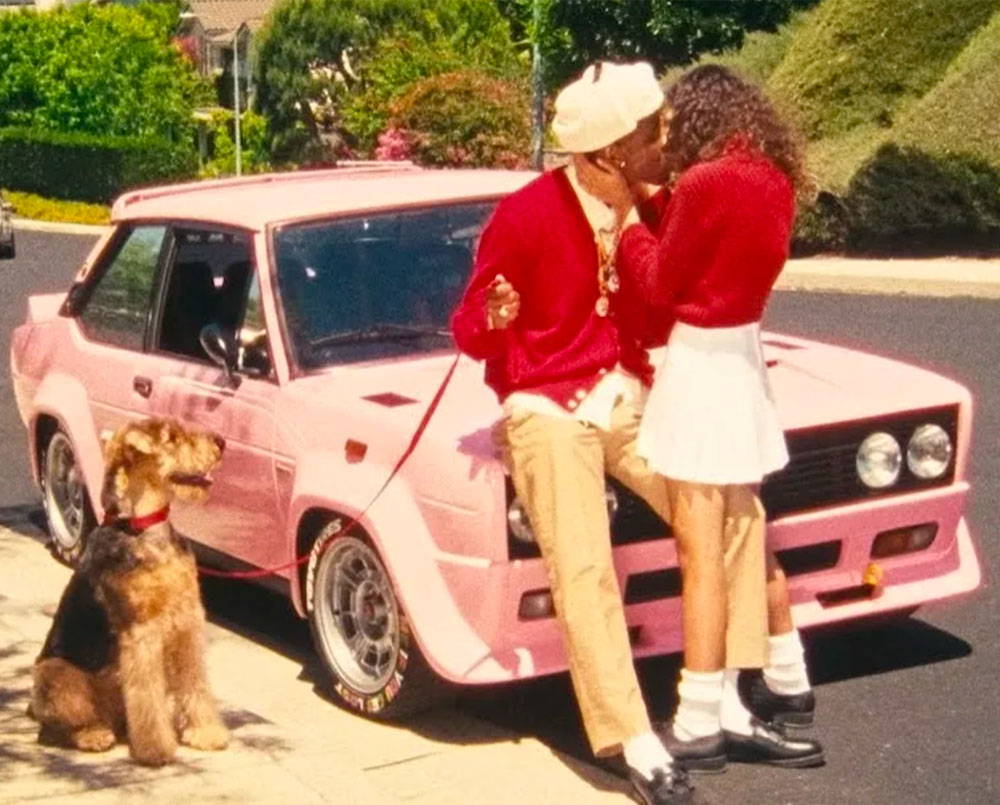 Tyler, the Creator in front of his Fiat 131 in the "Side Street" video.

Tuner culture, stemming in part and made popular by outlaws racing in the streets, maintains a punk philosophy of doing whatever you want to your car, however you want it. Yet, as mentioned many times above, there is this pursuit of constantly trying to adjust the little details in order to achieve the owner’s ideas of what the perfect ride should be; the so-called “Shokunin” aspect of it all.