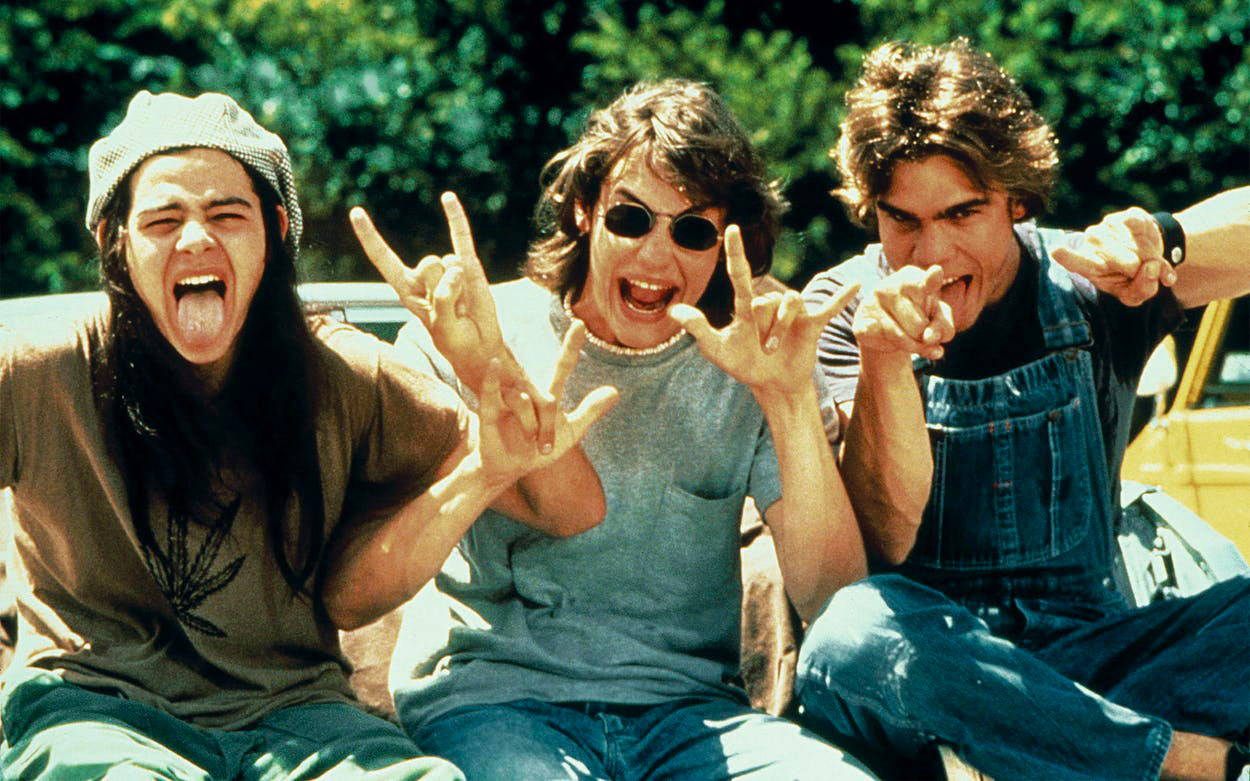 An Exploration of "Stoner Movies" - The Subgenre Symbol Of a Generation

On the occasion of 4:20, One Block Down decided to look back at some of the most iconic stoner movies in history and how they expanded the reach of cannabis culture globally.

"Stoner Movies" are a subgenre of movies centered around Cannabis and its community. Since the '80s, this genre has been synonymous with comedy movies, but its origins are actually pretty darker.

The first examples of "Stoner Movies" were actually the opposite of a comedy, but they were propaganda movies with the goal of demonizing the use of drugs, and Cannabis in particular. Some of these first titles from the '30s were "Reefer Madness," "Assassin of Youth," and "Marihuana."
These movies were so outlandish and over the top in their propaganda against drugs that now they are almost considered self-parody ("Marihuana," for example, starts with a party where a girl drowns after smoking Marijuana and continues with crazy stories about the danger of Marijuana). 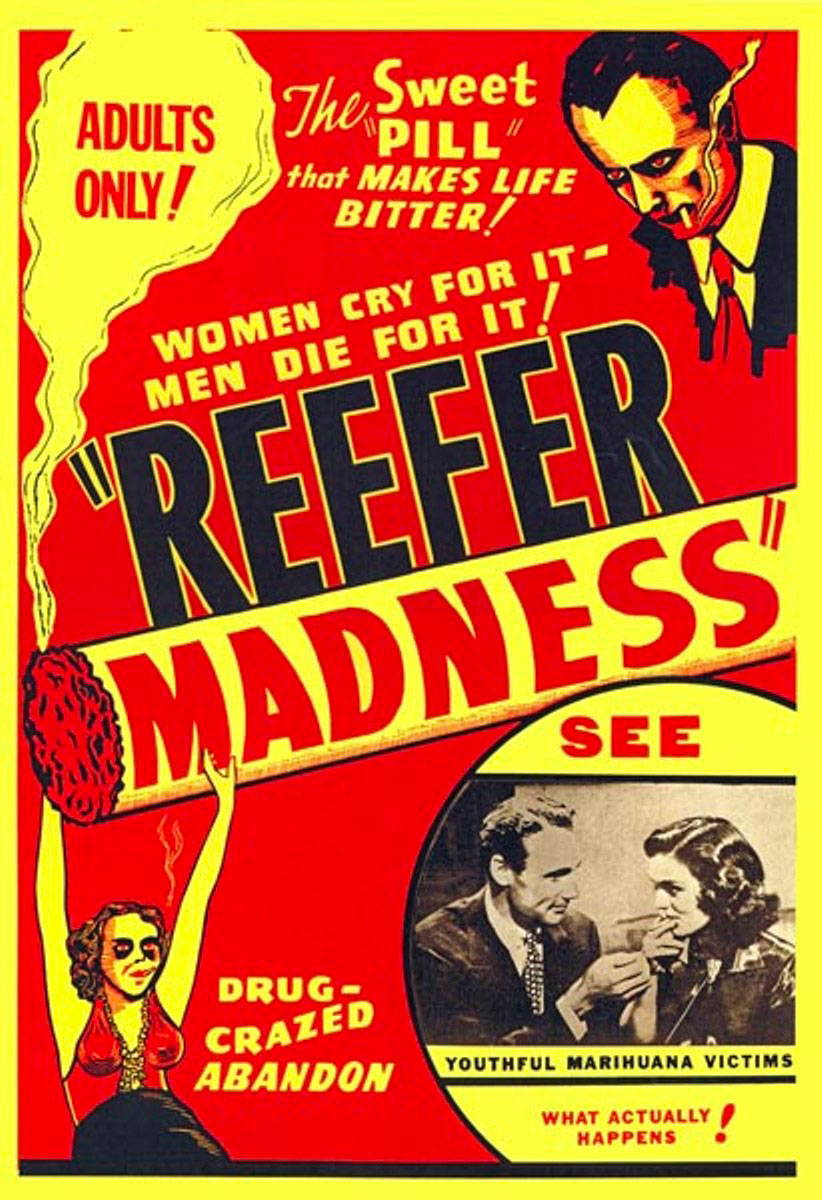 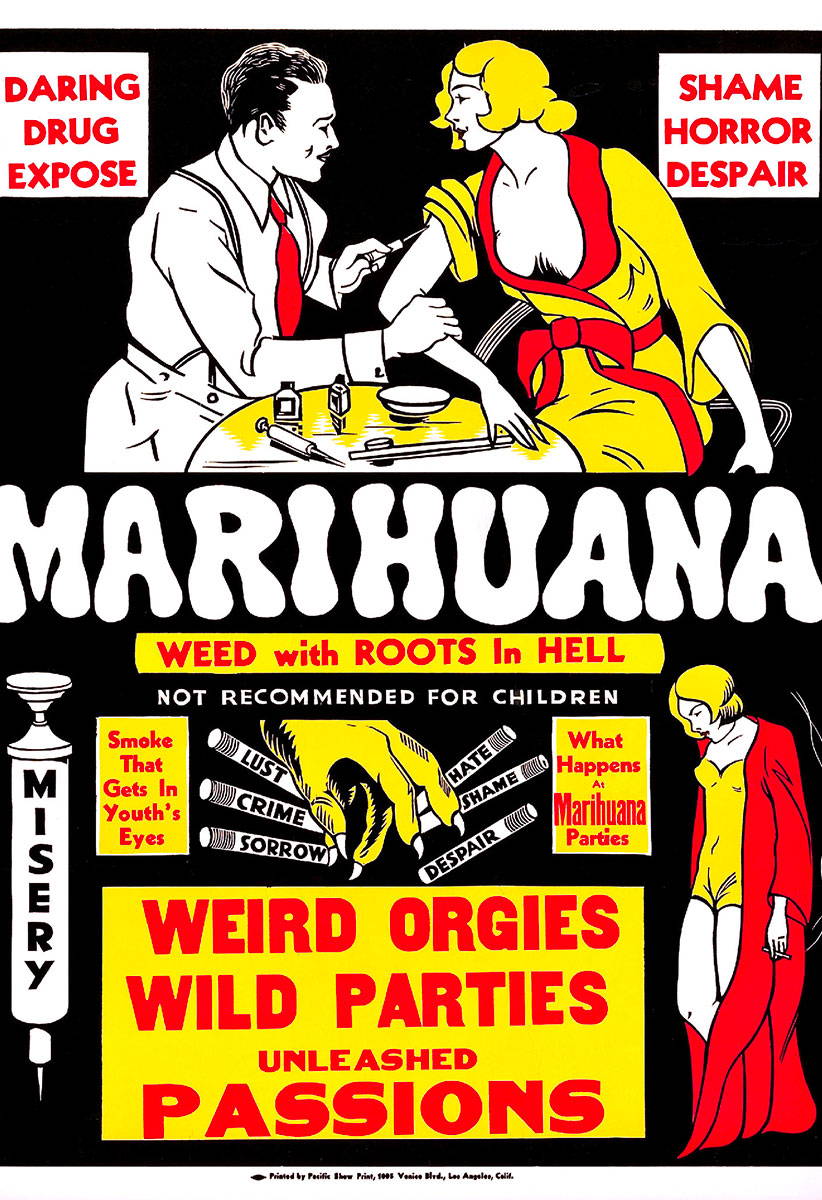 If these were the first movies centered around Cannabis, we would need to wait some more decades for the first modern "Stoner Movies" that feature the classic tropes of the subgenre.

The first movie that extensively featured the use of Cannabis and its culture and wasn't a propaganda movie is "Easy Rider." The 1969 classic independent road drama was directed by Dennis Hopper and produced by Peter Fonda and featured outstanding performances by both of them and the first big acting break of Jack Nicholson.
Even if "Easy Rider" isn't a comedy, it's a groundbreaking movie that represented a shift in American society and presented on screen for the first time to the extensive public the idea of "counterculture," the rise of the hippie movement, and drug use. This movie is so influential in his portrayal of American society of the time that in 1998 it entered the Library of Congress for being "culturally, historically, or aesthetically significant." 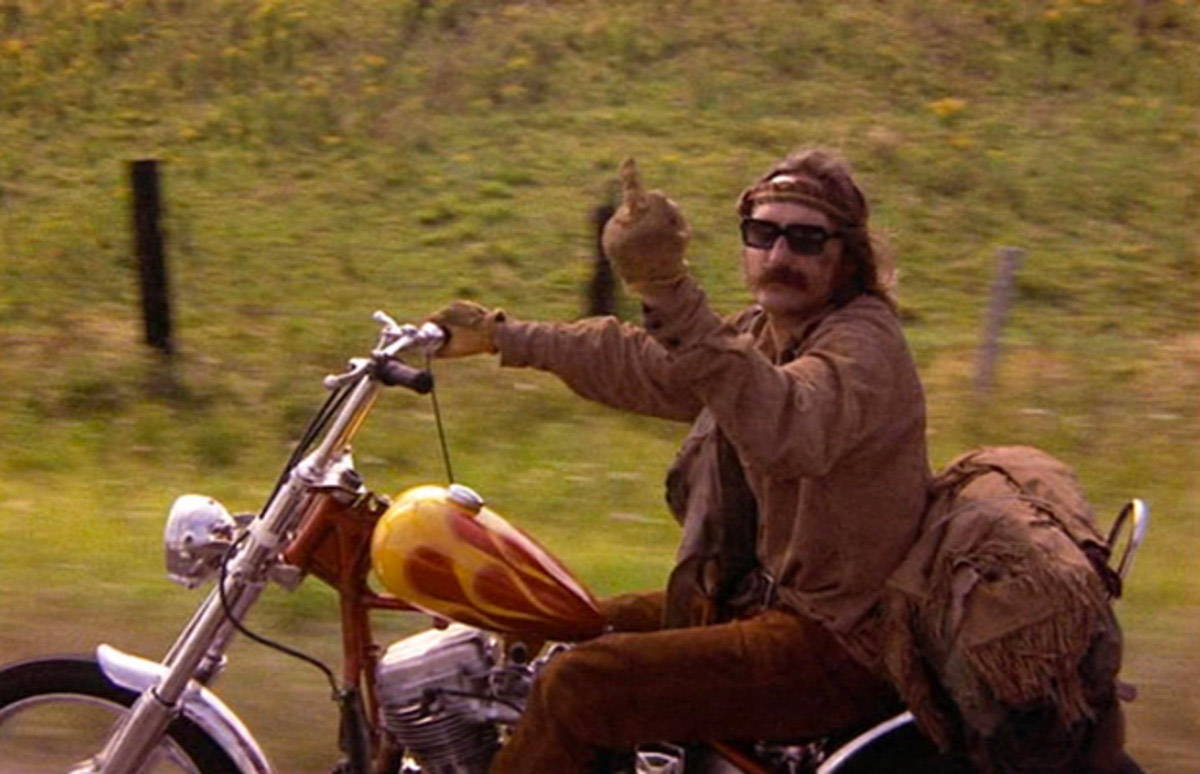 But, if this was the first movie on Marijuana without the scope of being a propaganda film, no one was ready for a couple of actors that, in the late '70s and early '80s, were going to revolutionize cannabis culture and the idea of stoner movies, Cheech and Chong.

The comedy duo started building their popularity and audience in the '60 and '70s through stand-up comedy shows and comedy record albums, but in 1978, they got together with legendary producer Lou Adler for their first full-length movie, "Up in Smoke," and it was a banger.

The movie grossed more than $100 million, and it established stoner movies as a real subgenre with fans and production companies focused on that; at the same time, it set many tropes present in most stoner movies even today. 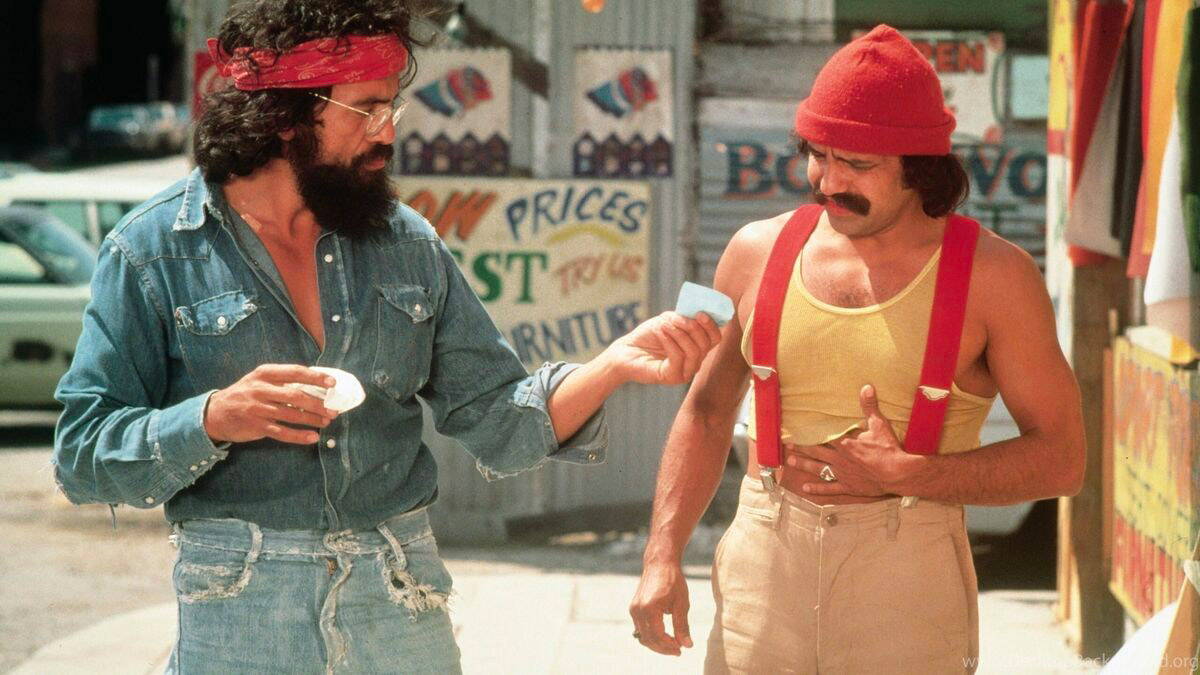 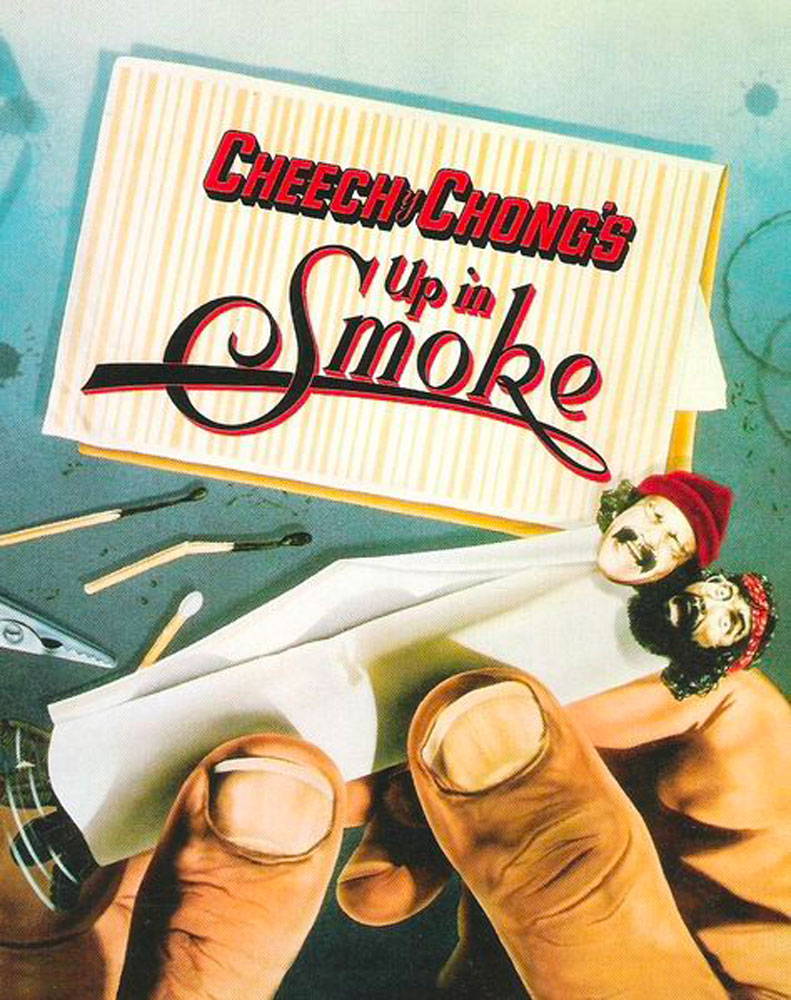 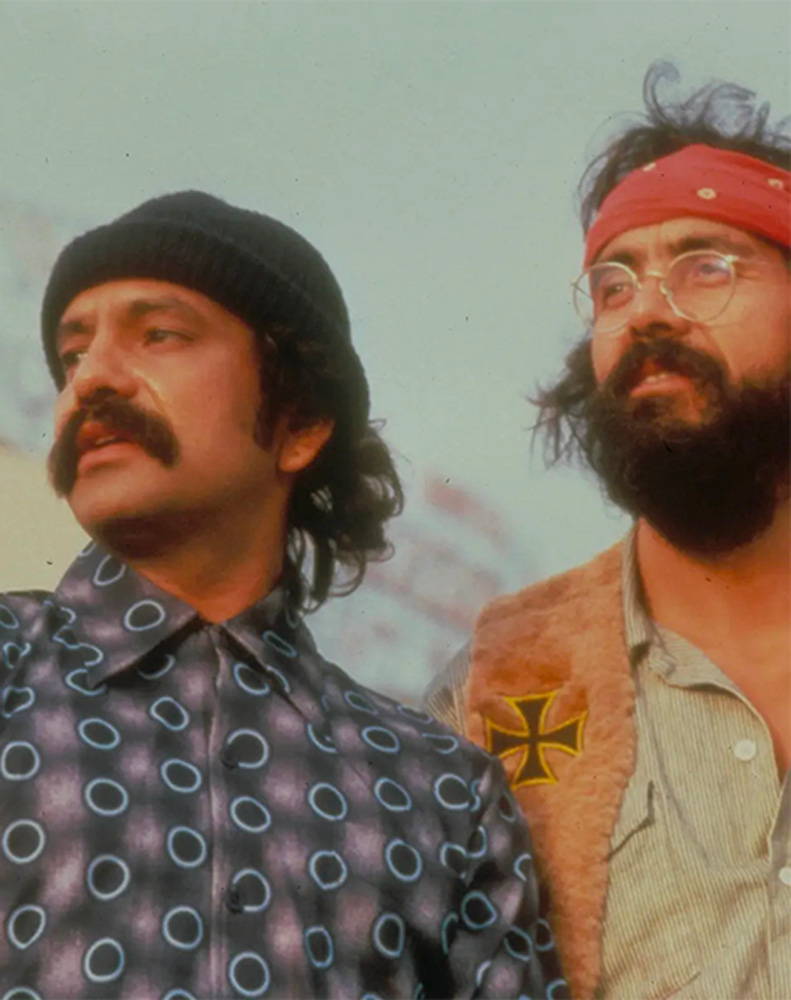 EThanks to the success of "Up in Smoke," Cheech and Chong continued to appear in other stoner flicks in the '80s, growing their popularity in the cannabis community (it can be argued that they are the most famous figures in the whole cannabis community).
In the same decade, we also have other stoner movies that, even if centered around Cannabis, had appeal also outside of the stoner community; it's the case of Sean Penn's lead 1982 "Fast Times at Ridgemont High."

If the '80s established "Stoner Movies" as an actual subgenre, in the early '90s, we see some of the most iconic movies that still now are used as references, such as "Dazed & Confused" in 1993 and the iconic "Friday" in 1995.

Thanks to these movies during this decade, we see the explosion of the subgenre and it reaching the mainstream.
In the late '90s and early '00s, due to this newfound success, and also thanks to the stigma around Cannabis slowly disappearing ( at least in the US), we see several iconic stoner movies getting released, such as "Half Baked," "Dude, Where's My Car," "Ali G Indahouse," "Harold and Kumar" and many others.
While the subgenre was way more popular than ever before, also thanks to the success of pirating movies online, which allowed teenagers all over the world to watch these movies with their friends, the quality in the production and comedy slowly faded away, becoming much more similar to classic late-night comedies, and establishing in a way the death of the subgenre.

In the 2010s, only a couple of stoner movies were released, and even fewer became popular, making it even harder for any production house to invest in stoner movies. Do you believe that in the future, we will have a resurgence in the genre?